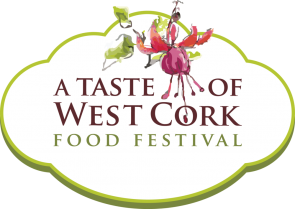 With a name like Kelly, it’s almost certain I have family there. It’s the second most common surname in Ireland; some 50,000, out of a population of 4 million. We are descendants of the Gaelic clan the O’Ceallaigh, and means ‘troublesome’ or ‘bright-haired’.  They were so prominent in East County Galway and South Counyt Roscommon, that it was known as “O’Kellys country”.  During the Middle Ages, several Kellys served as bishops and one was even named archbishop. They distinguished themselves on battle fields, in politics, archaeology, and in sport. And many must have been part of the great diaspora as a result of the famine of 1846-50, which would have been around the time my Kellys emigrated to the USA.

On my dad’s side I can go back only as far as his father, Franklin Bamford Kelly, who died in 1925 when my own dad was only four years of age. What little I know is that he had red hair, owned a millinery shop in Philadelphia, and served in the ushers society of Bethlehem Presbyterian Church, clearly not a catholic.  He must have been born in the late 1800’s, and could have been 1st or 2nd generation. I realize all this information is available, and I’ve meant to look into this for years.

We traveled to Ireland in September because the airfares were irresistible. For less than $300 roundtrip, we flew from Providence into Cork and home from Dublin on Norwegian Air Shuttle, an expanding low-cost carrier. While planning the trip, we came across A Taste of West Cork Food Festival, which gave us a focus on the first part of our journey.  The festival showcases local foods, growers, and chefs, as well as the beauty of West Cork, with dramatic land and seascapes. And yet, this area of the Emerald Isle suffered most during the famine. This could be interesting.

We landed in Cork, a small airport and easy to maneuver, rented a car and started the challenge of driving on the left. One picturesque village followed another, the roads varied between narrow and narrower, but we arrived safely in Skibbereen, a village about in the middle of the festival area, and our home for three nights. We’d not pre-booked any festival events, so with program in hand, I went in search of an event for our first night. Some small venues were already sold out, but I secured tickets for a locally sourced tasting dinner at The Church, a restaurant located across from our B&B. When I bought the last two tickets available, the proprietor asked if it was all right to seat us with others. Of course, I responded, the better to meet people. We picked up fancy cocktails and hors d’oeuvres, like smoked salmon on Irish brown bread, on the way to our table.  A former church and now a stunning restaurant, the place has original stained glass windows and crystal chandeliers, the choir loft now with more tables overlooking the main floor, pews now benches; it just oozes with atmosphere. The place was packed, about 100 in attendance, many seemed to know each other.

Our table mates were all from surrounding towns.  After introductions, they asked if this was our first trip to Ireland. I responded that yes, indeed it was. I’d meant to visit sooner, after all, I’m a Kelly. The woman across from me said “Welcome Home.”